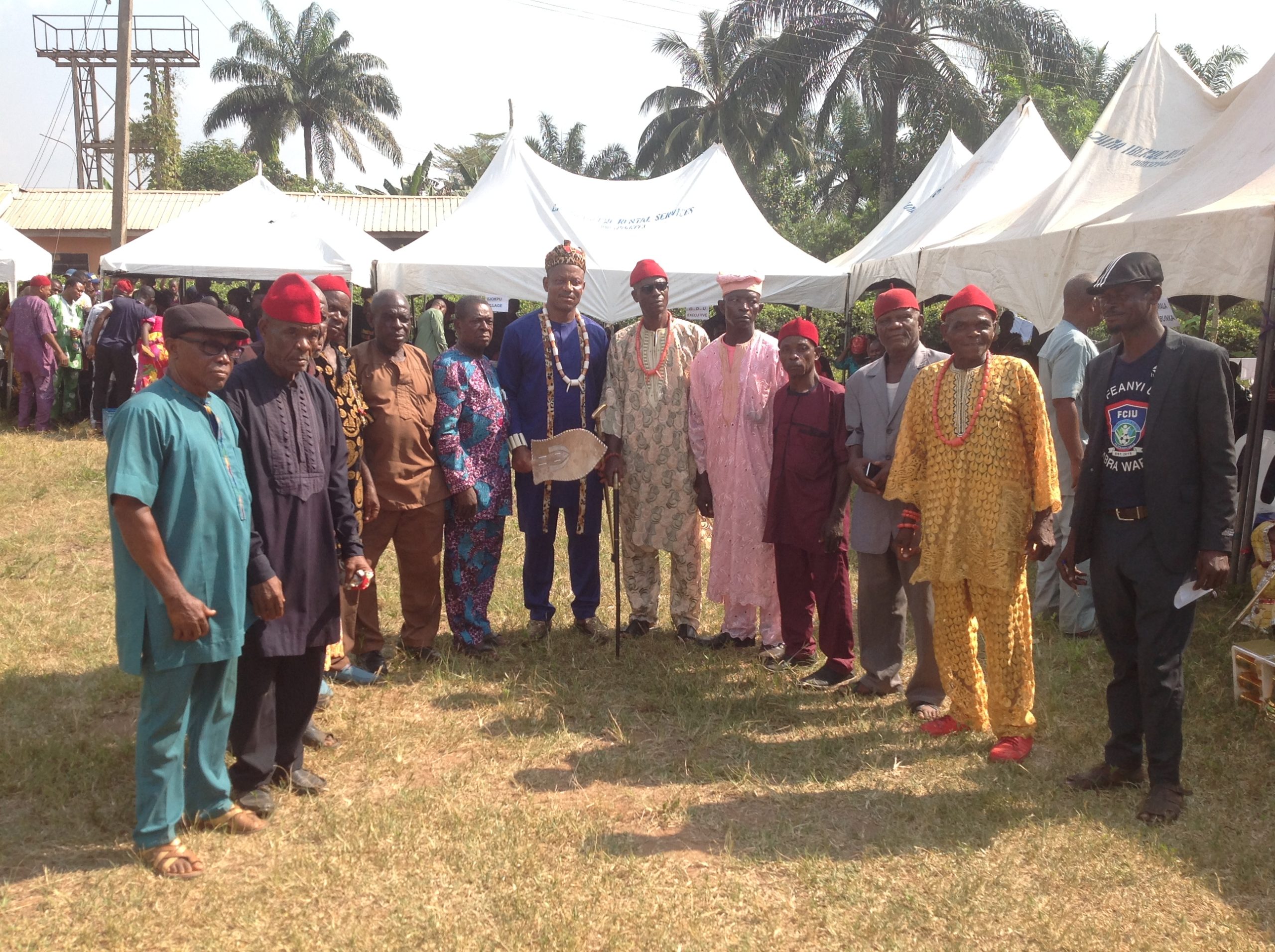 Saturday, 5th December, 2020, was a joyous day in Ogbunka, Orumba South Council Area, as the Community, as enshrined in their constitution, elected a new traditional Ruler, His Royal Majesty, Igwe Dr. Forster Ihejiofor, ending their twelve year vacuum of no monarch piloting the traditional affairs of the community.

The coronation ceremony attracted who is who both within and outside the community.

In his speech after the Coronation which took place in Obi Ndi Ichie, the new Igwe of Ogbunka, His Royal Majesty, Igwe Dr. Foster Ihejiofor, described the event of the day as the will of God.

He regretted the too many years Ogbunka, as a community, had existed without a traditional ruler for precisely twelve years.

He noted that a group of persons had attempted hijacking the Electoral process, but were not successful, adding that days of trouble – making in Ogbunka town have come to an end which, according to him, were among the factors that hindered meaningful development in the community .

While breaking the Kolanuts as the traditional ruler of Ogbunka, Igwe Foster prayed God to bless everyone who, in one way or the other, contributed to the success of the day’s event, adding that henceforth, Ogbunka would return on the track of progress targeted at achieving greatness.

Contributing, Professor Promise NwaChukwu Okpala, the immediate past Chairman of National Examination Council, NECO, congratulated the newest Igwe in the State, describing him as a man who has the progress of Ogbunka always at heart.

He equally prayed God to furnish the monarch with wisdom and knowledge needed on the throne to manage the affairs of the town, urging the entire community to support the new monarch in moving the community forward.

Other dignitaries in attendance were, the Onuowu of the community, Golden Ladies, Odogwu Frank .ken Ogujiuba, the CEO, Emume Owuwa Anyanwu, among others.

Numerous courtesy visits , homage, group photographs, difference cultural troupe displays were some of the side attractions which added glamour to the event and made the coronation ceremony a memorable one.

Ndiowu Protests Against Imposition of Caretaker Committee on the Community

Thu Dec 10 , 2020
In another development, Protesters numbering over one thousand from Ndiowu Community in Orumba North Local Government Area of Anambra State stormed Government House, Awka, over alleged imposition of caretaker committee to pilot the Afairs of Ndiowu Town Union. The protesters alleged that some cabals in the community discarded their peaceful […]